By CHARLES A. MASON cmason@bgdailynews.com 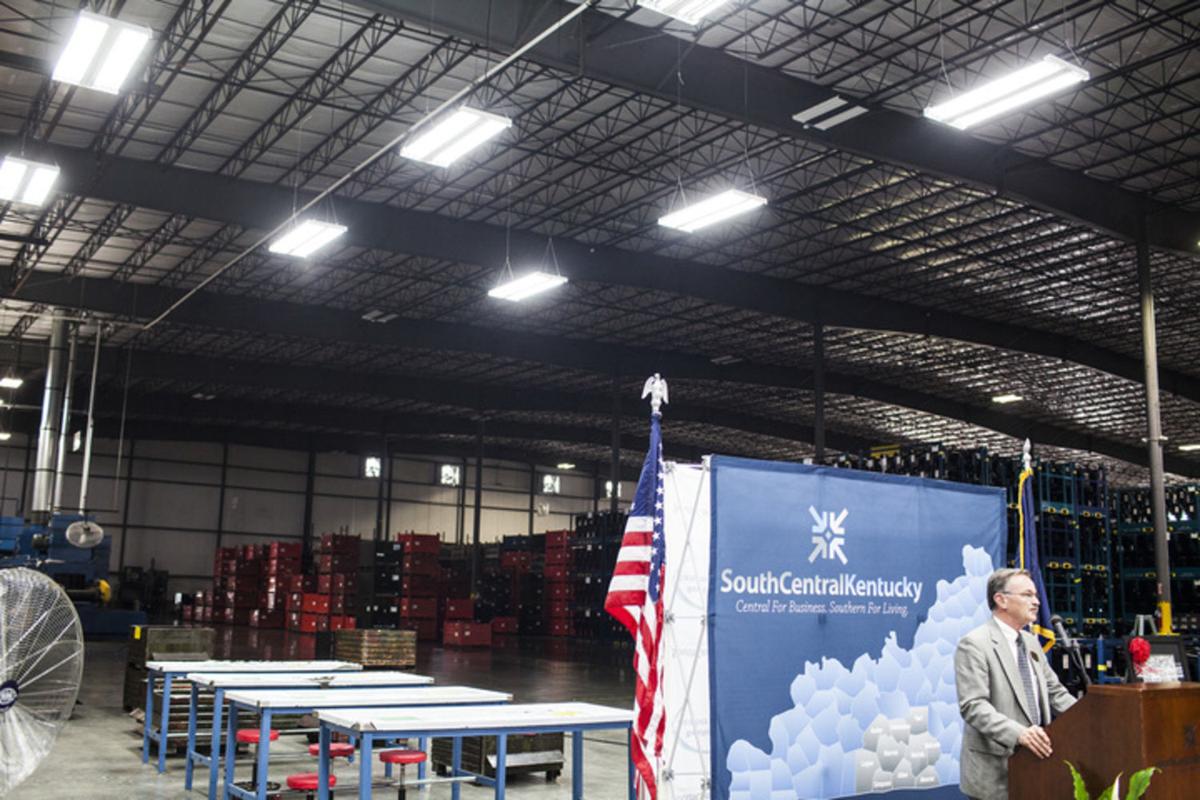 The grand opening Friday of TMS Automotive in the Kentucky Transpark was a family affair.

The new family in town that provided a $5 million capital investment over three years and 38 full-time jobs even provided a picnic lunch for guests.

Business owner and President Mike Hall said before the ceremony that much of what he knows about business he learned from his father-in-law, 78-year-old Donnie Gosser. Gosser ran an electrical wholesale business in Elizabethtown from 1971 to 1995.

Hall’s wife, Anita, attended Western Kentucky University, where she received a business administration degree. Gosser said Friday he was pleased to see his son-in-law’s success. Others have recognized the successes of Gosser and Hall as well – both men have been named small business owners of the year in Elizabethtown.

“This is a big day for us,” Hall said. “It is an honor to be one of Bowling Green’s newest businesses.”

TMS Automotive brings support to the growing automotive industry in this region. Hall said TMS bundles automotive parts for a robotic operation, washes parts and applies a solution to them that prevents rust. The company also offers warehousing and distribution.

TMS Automotive occupies Speculative Building V at the transpark and sits on additional unused acreage that company officials said could be used for future expansion.

“We look to the future with three more pads (building sites) on the property,” Cecil said. Hall said workers are trying to finish building construction while production is being ramped up, making the opening a challenge.

“It’s the best one I’ve dealt with,” he said of the local chamber.

Hall said as a small, family-owned business, he appreciated that local chamber personnel contacted him every week to see if he needed anything.

“We wouldn’t be here without the Bowling Green chamber,” Hall said.

Hall said the goal is to have 38 employees at the 110 Cosma Drive location within this year and 30 are already working there.

TMS was founded in 2007 in Hall’s basement. TMS Automotive and A&M Carriers, located in Elizabethtown, brings a $3.5 million annual payroll and 135 employees to Kentucky, Hall said.

“It’s really appreciated,” Richards said of the company’s decision to locate, noting that as each new small business comes to town, it creates a winning track record for the community

Login to TMS AUTOMOTIVE
Reset Password
Enter the username or e-mail you used in your profile. A password reset link will be sent to you by email.
Already have an account? Login

Servicing all your specialized business needs.